Just a quickie before I am off to London for the weekend. Even the fact that I am having a plane to catch and a taxi waiting can't stop me from linking to this article from the Unofficial Hammer Site that spills the beans on new Hammer productions along the way for 2008. And, no, we are obviously not just talking about Beyond the Rave. Exciting times ahead for us, methinks.
Posted by Holger Haase at 6:21 AM 1 comment:

Don’t know about you, but for some of my favourite subjects I use Google Alerts. Google Alerts allows you to define search terms you’re interested in and in regular intervals Google will then supply you with an email summary of all new pages that contain those terms. So rather than having to scour endless proper Google searches in the hope of finding new info on page 21 of the search results, you just have to quickly review this one email summary.

Reason I am telling you this?

Well, for one I am hoping it may be useful to some of you. And, two, I just posted the Tales of Frankenstein info about half an hour ago. While I was tweaking it a little bit I noticed my daily Google Alerts summary coming in and – guess what? – that blog post was already mentioned on it! What can I say, but – Wow! – that was fast!!!!
Posted by Holger Haase at 10:28 AM No comments:

Following a discussion with a Flixster buddy I noticed that Hammer’s unsold – and now public domain - TV pilot Tales of Frankenstein (1958) is freely available at the Internet Archive.

Tales was shot in Hollywood parallel to the Bray production of Hammer’s second Frankenstein feature film, Revenge of Frankenstein. This was meant to be the start of a TV series with another 26 episodes meant to be shot in Bray, however, although written by Curt Siodmak and starring a very good Anton Diffring, the concept never took off. According to sources at Hammer the American producers preferred a more generic approach and to move away from the more British Gothic approach that Hammer had favoured.

Then again, maybe it wasn’t bought off just because it wasn’t all that great in the first place. At 27 minutes it sure doesn’t overstay its welcome, but this pilot is really just a mishmash of every possible Frankenstein cliché available to the writer. Filmed in black and white and with minuscule budget it lacks the class of Hammer’s feature movies and the monster make up really is just run of the mill.


After finding this TV pilot I was curious to see what other early Hammer productions may be available at the Archive.

So far I only discovered the old Bela Lugosi classic The Mystery of the Marie Celeste/Phantom Ship (1936), though I suspect that given some more in depth researching there may still be some more of those Hammer productions available for visitors of the Archive site.
Posted by Holger Haase at 9:31 AM 2 comments: 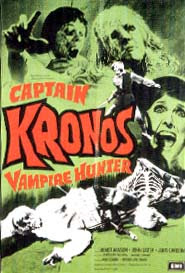 Don Fearney is keeping busy. After organising three fan events last year (Hammer at Bray plus two Cine Lumiere events) he has now arranged the first do for 2008, a Captain Kronos reunion with appearances by Caroline Munro, John Cater, Horst Janson and Brian Clemens as well as a theatrical showing of Captain Kronos, Vampire Circus and one other Hammer horror movie not yet announced. To the best of my knowledge these would be Clemens’ and Janson’s first Hammer fan appearances. As usual with Don’s events you can definitely expect to see other Hammer stars (both from in front and behind the camera) appearing throughout the day.

Speaking of Kronos, check out this excellent review of the soundtrack CD that I recently came across.
Posted by Holger Haase at 9:06 AM 1 comment: 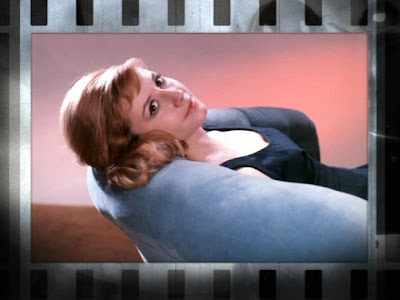 I just posted a new Diane Clare biography for my World of Hammer Glamour. This page was written by Mark Davies who was previously also responsible for the Isobel Black page. What I love about Mark's entries is that they generally provide an insight into the lives of actresses of whom there is otherwise very little known. With regards to Diane Clare I didn't even bother to enter a links or bibliography section as I simply couldn't come up with anything apart from the usual IMDb page... and even the info there had proved to be incomplete, so info like Mark's IMHO is vitally important to help spread the knowledge about the lives of the actresses that we refer to when we speak of Hammer Glamour.

So a big Thank You to Mark for this excellent piece!!!!
Posted by Holger Haase at 4:22 PM 1 comment:

While discussing my previous post containing the YouTube videos for the full version of When Dinosaurs Ruled the Earth one kind reader referred me to the VDownloader website. Looks like there is now a free software application available that allows you to transfer your favourite YouTube videos (as well as a couple of other formats) into the more universally acknowledged AVI or MPG formats.

Methinks that is indeed something worth checking out. After all one never knows how long some of your favourite YouTube videos will remain there. ;-)
Posted by Holger Haase at 5:22 PM 2 comments:

When Dinosaurs Ruled the Earth (1970)

When Dinosaurs Ruled the Earth (1970) is one of those Hammer movies that have still not received a proper DVD release yet. It was previously released on VHS, though those prints did not contain the original nude scenes with Victoria Vetri that were part of the UK print of the movie. That print was shown a few years ago on UK television and kudos do those of you that were lucky to catch it then and possibly even record it.

YouTube now has a series of videos from a Spanish source that show the entire movie. The few bits of narration are in Spanish, but you get over that. If you would like to skip to the chase: The infamous nude shots appear after the 7th minute of the 7 clip.

Enjoy for as long as this will be available on YouTube.