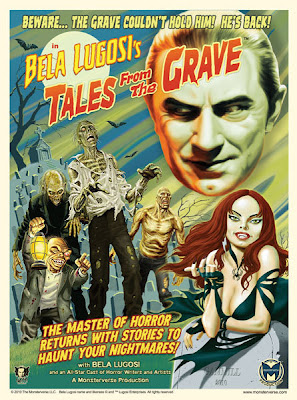 Just found this Q&A that was recorded in Whitby at last week's Bram Stoker Festival. It is part of a series of YouTube videos about the event that can all be accessed through the Black Box Club Channel. The folks behind that YouTube channel used to run one of Peter Cushing's fanclubs back in the days and are soon going to revive their old practise of mailing out a horror related radio show, this time no longer through cassette tapes but via the wonders of the worldwide web. Stay tuned to their website: Broadcasts are going to start from January 01, 2011 on.

Posted by Holger Haase at 5:23 PM No comments: Links to this post

Just off Skype with Simon Oakes, CEO of Hammer Films, who kindly agreed to a little interview about the company and the projects they are currently involved in. LET ME IN, Hammer's first theatrical release in more than 30 years, will be in UK cinemas by November 05. And despite my previous issues with the concept, I am now actually really looking forward to it. Folks whose opining I generally value and who have already had a chance to watch this are raving about it and even calling it the best vampire movie of the century so far.

Not too long and we will all be able to judge for ourselves.

In the meantime I hope you enjoy the interview with Simon who comes across as a really nice bloke who is obviously very passionate about the projects Hammer is currently dealing with.

Email ThisBlogThis!Share to TwitterShare to FacebookShare to Pinterest
Labels: Interviews, News, Other Stuff

The Art of Hammer: Posters from the Archive of Hammer Films 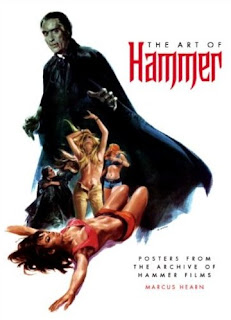 This month is going to be a good/costly one for Hammer collectors. Not only will we see the launch of Wayne Kinsey's new book at Don Fearney's event in the Cine Lumiere in London but in just a few days the first copies of Marcus Hearn's - very likely - lavish new production The Art of Hammer: Posters from the Archive of Hammer Films are going to start to ship. Definitely a publication I'll be very much looking forward to.

Oh, and if I am not mistaken then we shall also soon see a new edition of Little Shoppe of Horrors coming our way around Halloween.

See you in 3 weeks

Less than three weeks to go until Don Fearney's new Hammer event and his tickets look as stunning as ever.

From what I've heard there are only a handful left and you will likely not be able to get any that day on the doors so book now if you haven't yet done so. 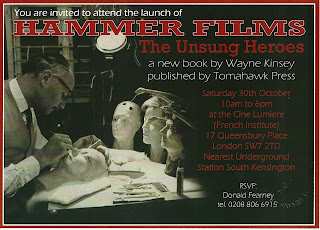 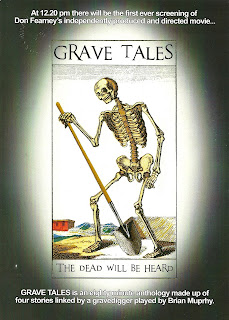 Posted by Holger Haase at 9:28 AM No comments: Links to this post