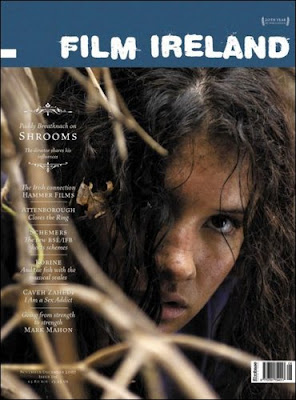 Hi Holger. Like the site. I've started my own blog Technicolour Talkies Of Hibernia - an Irish movies related website. I'd like to do a little piece on this and would you mind me linking you?

Absolutely!!! I have just found your blog and it's great. Always good to see some Irish movie related websites. So it's now in my own personal bookmarks and I have also linked to it from here in the Blogs (Non-Hammer) section. Good work!!!

Great to see Ingrid Pitt in any film. She's definitely one of my favorite stars from the Hammer years. I do love Irish films by the way. I'm an American who has Irish blood running through my veins.

There's already an irish horror after being made about cannibals, called Insatiable, don't know when its out but they shot it in August in Waterford & it's supposed to be a more intelligent genre film (intelligent cannibals? who knows???) Not sure who is in it but rumoured to have a big comic from Ireland in a serious role.

My name is Jason Figgis. I am the director of the upcoming Irish Horror film 'URBAN CREEP' which will star Ms. Pitt. I met the lady first at WICKER MAN convention in Dublin and found her to be utterly charming. We have friends in common and struck up a conversation which led on to conversations regearding collaboraion and out of that was born the idea for the up-coming feature 'URBAN CREEP'.

Jason, good to hear from you. If somewhere down the line you ever feel like giving us a status report and update, please let me know. Would love to post more about any new Ingrid Pitt projects, especially when based in Ireland.

I will happily send you a production diary of the movie when it goes into principal photography.

All the best, J