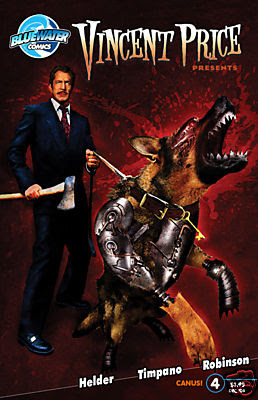 I love comics. I really do! But over the last couple of years I have gradually pruned down my regular subscriptions at my local comic store to a bare minimum. Gone are the Daredevils and Captain Americas that have accompanied me for practically all my life. Can’t get too bothered about Batman these days. And even my beloved Spiderman has got the chop after One More Day too many, though I do still hold on to Ultimate Spiderman and felt that the Spidergirl comics should never have been cancelled.

I am really sick of endless relaunches and retcons and am amazed about how little story there is to read these days for an ever more extortionate cover price (especially given the inflated $-to-€ ratio charged in this neck of the woods). Whatever happened to the time when each comic (including the letters pages that are now as rare as a decent script) could keep me entertained for half an hour? These days a visit to the loo often lasts longer than a cover to cover read.

So when I finally come across a comic series that I really could get into, it annoys me endlessly when it is nigh impossible to subscribe to locally.

Judging from this one edition Price in this series acts as the narrator at the beginning and end of a short piece of horror fiction. The Price segments are drawn in a kind of photorealistic style by Joel Robinson, the story proper in a more contemporary comic book style by Giovanni Timpano and featuring a main character who appears reminiscent (though not entirely spitting image) of Price.

This edition features a new take on the old Bluebeard tale, focussing on the initiation rites designed by an older member of the Bluebeard family for his young son. That rite of passage also features a mechanical dog somewhat out of place in the Gothic atmosphere of the tale.

Though I can’t say that the twist had me really stunned (remember: there are always twists in these kinds of comics), I did enjoy reading the comic and definitely would love to read more of them.

Only trouble is that not a lot of comic dealers seem to be carrying those, at least not here in Ireland, so online orders are a Must. The publishers also have an Ebay store that appears to be the most convenient way to purchase some of the past issues.

This is probably a very niche market idea. Let’s face it: Vincent Price’s name may still carry a lot of weight amongst classic horror fans, but who amongst the young comic readers of today really is a classic horror fan? (Then again, *are* there actually still young readers out there? Can’t remember the last time I saw a kid reading a comic.)

Anyone wanting to support this kind of project would probably also be well advised to drop the title of this series next time they visit a comic store. It’s only through this kind of awareness that the shops will actually order new series such as these.
Posted by Holger Haase at 2:17 PM

Vincent Price sporting an axe? You had me at hello.