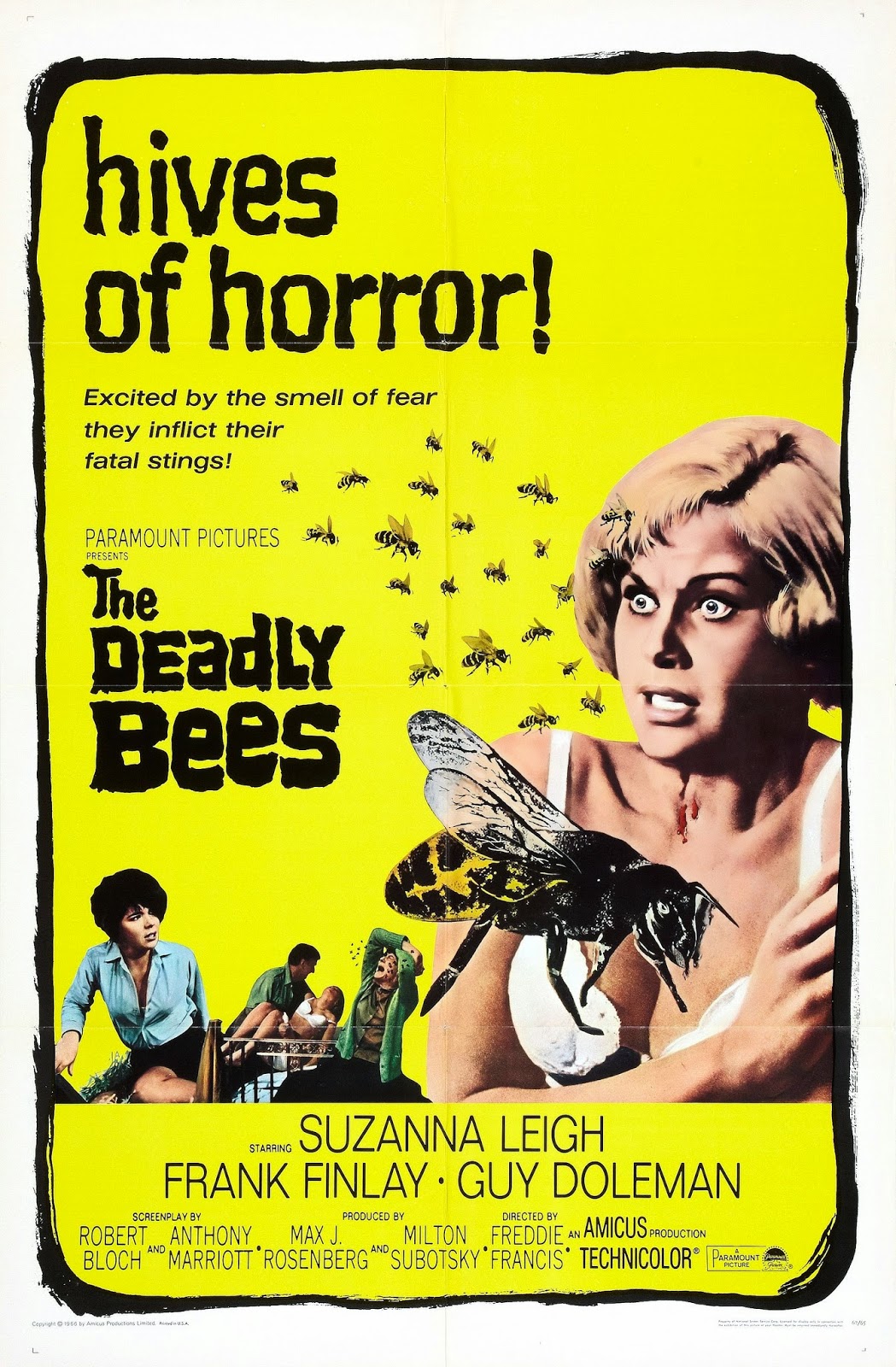 A contemporary Amicus horror film directed by Freddie Francis, starring Suzanna Leigh and a wild eyed, over-the-top and eccentric Frank Finlay, also featuring Michael Ripper as a publican, with songs by Elkie Brooks (dubbing Leigh) and The Birds on screen with Ronnie Wood and a screenplay co-written by Robert Bloch based on H.F. Heard’s bestselling Holmes pastiche A Taste for Honey.

So what could go wrong?

Actually not all that much at first glance.

Though mainly known for their anthology horror concepts, these always were a bit hit and miss and it’s therefore good to see one of Amicus’ proper feature length forays into horror. Not making this a Gothic horror production wisely set them apart from Hammer while at the same time securing some of Hammer’s key personnel guaranteeing a certain recognition factor.

Suzanna Leigh plays a popular singer on the verge of a mental breakdown who is sent off to a remote island for some respite. (The doctor who diagnoses her is played by a blink and you’ll miss him Michael Gwynn.) The vibes of Swinging London are represented by Swinging Cameras going back and forth while capturing a performance by The Birds (and the bees… nudge nudge). In contrast rural England is frequented by merry publicans, cheerful lasses, eccentric characters and a dysfunctional couple, the husband (Guy Doleman, best known as SPECTRE agent Count Lippe from Thunderball), a brooding farmer/bee keeper who keeps his raging emotions only barely under control and whose venomous, chain smoking wife (Catherine Finn, Michael Ripper’s wife in real life) never lets him forget who it is that has the money in the relationship and out of spite never even bothers answering the phone even when she sits right next to it.

Watching this kaleidoscope of 1960s genre characters is a joy but of course this is the first killer bee movie ever made and based on a popular Sherlock Holmes pastiche, so how does this fare as either a horror or mystery movie? Not that well, is the short answer……

The only thing frightful about the killer bee attacks is how awful they look. Given that Freddie Francis was a future Academy Award winning cinematographer it is surprising how bland the production looked. The bee attacks in particular are badly process shot in slow motion while the actors were flailing wildly with plastic insects of a kind stuck to their faces.

And for a mystery there really is very little of that. We only ever have two suspects for being the mastermind behind the bee attacks and one of them is so blatantly obviously suspected by just about everyone that the real killer simply must be the other one.

Given that this is an adaptation of a popular book it is surprising to see how much Amicus didn’t even bother with the novel’s main attraction: the fact that its hero, Mr Mycroft, is a very thinly disguised Sherlock Holmes enjoying his retirement as a rural bee-keeper!

In the movie there is no reference to either Holmes or Mycroft or indeed the male Watson substitute and book’s narrator. It appears that in Bloch’s original version of the screenplay these references were much clearer. Bloch had seemingly envisaged Christopher Lee and Boris Karloff in the main parts. Amicus and/or Freddie Francis, however, took a dislike to Bloch’s concept and changed it further on leaving only the barest hints of its initial source idea.

Still, this may be both a failed mystery and horror thriller and at the time those aspects may have been the primary reason for it being critically dismissed. Nearly 50 years after the movie first hit the cinema screens, however, the then current horror flick has started carrying a patina that easily masks its short comings.

For me it will always be a pleasure to watch Michael Ripper behind a bar and encountering a range of off-beat English characters as well as 1960s starlets, a trip back in time to a mythical England where animals attack and civil servants wear bowler hats. Freddie Francis may just be a journeyman director but he is my kind of journeyman director and the film is a very enjoyable way to spend some 83 minutes.

The Deadly Bees was sometimes paired in a double feature together with The Vulture.