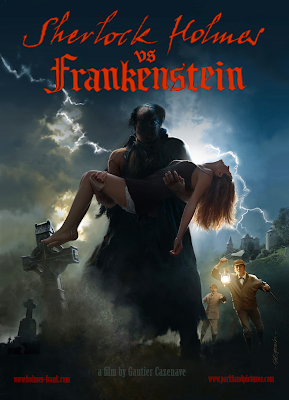 This was waiting for me in my in-box this morning:

Dear Matthew,
We thought you might be interested in the feature film we are about to shoot, called 'Sherlock Holmes vs Frankenstein'. The cast includes Hammer veteran Shane Briant, as well as real-life baron Clement von Franckenstein.
Synopsis:
1898. Sherlock Holmes and Doctor Watson travel to Germany to investigate a strange case in the village of Darmstadt.
Who is the mysterious scientist who digs up corpses and steals their limbs? Could these events be related to the nearby presence of Castle Frankenstein, whose name is closely associated to Mary Shelley's horror novel? Everyone is a suspect...
Best wishes,
Gautier CAZENAVE
Marteau Films Production

And yes, it would seem that Briant really is reprising his old Monster From Hell role!
Follow the link here to find out more.
Posted by Matthew Coniam at 7:54 AM 3 comments: 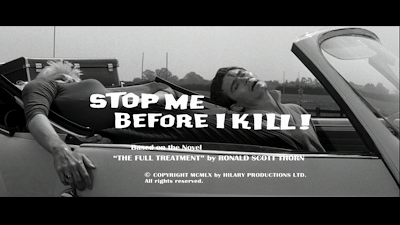 So what's to like about Hammer's 1960 thriller Stop Me Before I Kill! aka The Full Treatment?

This was Ronald Lewis' first starring role in a Hammer movie. He would later also feature in Taste of Fear and The Brigand of Kandahar. None of those parts would ultimately set the world on fire but in Stop Me Before I Kill! he has the notable honour of arguably playing the rudest and most obnoxious leading man ever filmed in a Hammer production.

Following a car accident during his honeymoon his race car driving character is left not only physically but also mentally scarred and living in fear of wanting to murder his wife. He is compulsive, insulting, constantly flies off the handle and looks a lot like Errol Flynn. 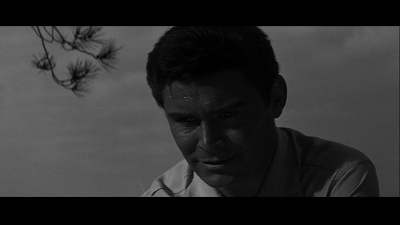 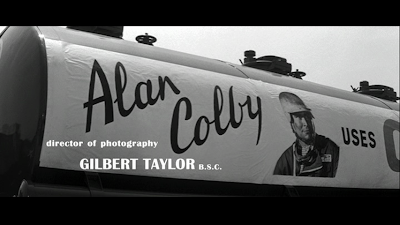 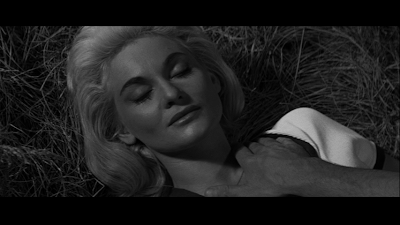 During a party scene we have a black female character playing a French Baronesse and society lady. Absolutely nothing is made of her skin colour and she fits neatly into the dinner table round. While this may no longer raise an eyebrow it is remarkable for a film of its time.

Of course, it would have been even more remarkable had this character actually been played by a black actress but researching this blog post it appears that Barbara Chilcott, the actress playing that role, was Canadian and white. 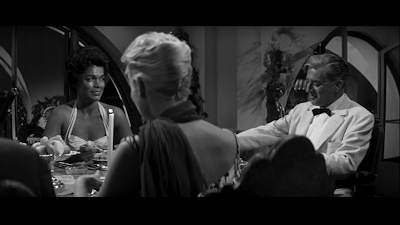 Unless I am very much mistaken Stop Me Before I Kill! features Hammer's first nude scene. Diane Cilento, today better known as the woman who once was Mrs Connery, graces us with a nude swim and a blink and you'll miss it so press the darn pause button quickly topless scene, the first of many more to come for Hammer.

Eight years prior Cilento had one of her first roles in Hammer's Wings of Danger though genre fans will always remember her as schoolteacher Miss Rose in The Wicker Man. She was Oscar nominated for her supporting role in Tom Jones.

Here she plays the long suffering wife – and potential victim - of race car driver Alan Colby. Given her character's name (Denise) and the location this movie is partially set in I guess she is meant to be French, however, in some early scenes she speaks fluent Italian and for the most part sports a very convincing Italian accent. In actual fact she is so good in it that it is hard to imagine that she is not one of Hammer's Continental discoveries but indeed Australian born. 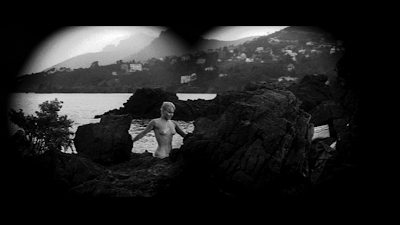 Wow indeed. No wonder someone spies on her. 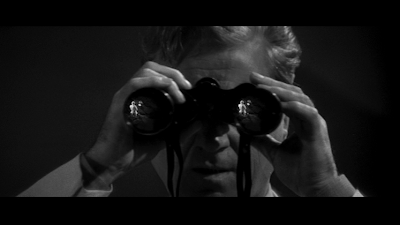 And that someone playing Peeping Tom is Claude Dauphin as a psychiatrist who suspects that smoking may cause cancer (so much for this being a new discovery) but still smokes and spends more time brusquely interrupting his patients and being argumentative rather than listening to their concerns. He is obsessed with murderous instincts (even when seeing a spider) and goes as far as treating his patients with CO2.... even if it nearly kills them. 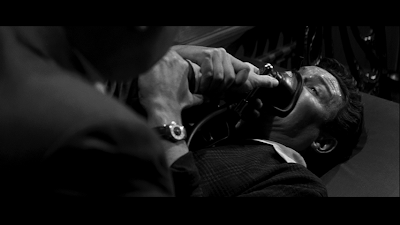 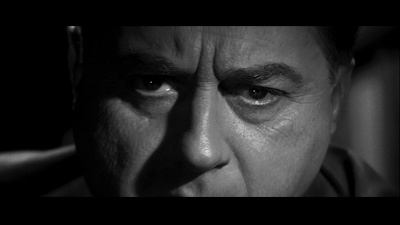 And, hey, and did you know that you don't need an iPod or even a Walkman to listen to music on the go? All it requires is to hang a portable radio smoothly around your neck while admiring your collection of surgical instruments. 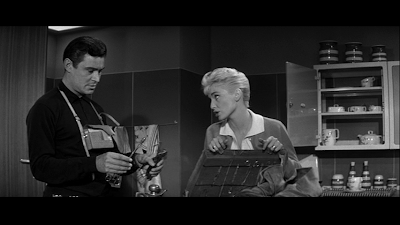 All in all Stop Me Before I Kill! is an enjoyable enough early piece of non-horrror entertainment from Hammer Films. Director Val Guest generally keeps this from getting too dull but the production does dabble far too much into then-fashionable psycho babble. One of the bigger issues is that for the most part until the end there is no real threat yet this production still has enough in its favour to make it worth a watch.

The UK version of the film (and the one currently available on DVD) clocks in at a little under two hours which for a classic Hammer movie is practically monumental but for the material available is far too long. The cinematic version in the US was apparently a good bit shorter and quite likely better paced.

All the actors play remarkably well even when their characters are often meant to be quite non-chalant about dealing with a guy with murderous urges. It is also surprising to hear quite open discussions about sexuality in a film of its vintage.

Don't be surprised if you don't see any reference to Hammer in the credits. Falcon, the production company, was one of Hammer's subsidiaries and for financial reasons the powers that be decided to erase any reference to its far more famous parent company.

Stop Me Before I Kill! is available as part of the ICONS OF SUSPENSE COLLECTION that was released in 2010.