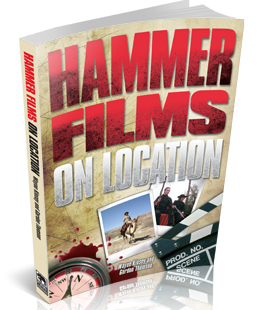 Wanted for dissertation: Hammer Fans of a certain age 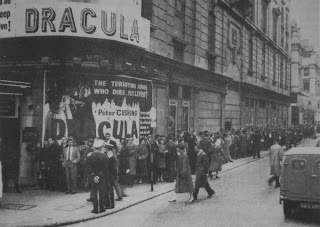 I just got contacted by Joshua Searle who is a student at Portsmouth University and currently writing a dissertation concerning the Hammer Horror films of the 1950s and 1960s. He is very much interested in learning more about the initial audience reception when the movies were first released and is interested in interviewing anyone who may have watched those in the cinema during that time.

Please find below some more infos by Joshua about his requirements. Needless to say this is a very worthwhile cause and I hope that he can find some possible interview partners through this blog post:


"At the moment I am working on a research project concerning the Hammer Horror films that were released between 1950-1970. Movies like Dracula (1958) and The Curse of Frankenstein (1957) were very popular in their day and my project's main aim is to find out why this was. Nowadays it is very important that this type of research contains audience reception and so I need to interview people who went to see these films at the cinema. The study is also, broadly speaking, looking at the experience of going to cinema and how it changed after The Second World War.


In 100 years time people will look back on memories that are orally recorded with the same fascination that we would if we had the chance to examine the testimony of people from 1912. So if you went to see these films, or know someone who might have, and would be interested in sharing your memories about both them and your cinema-going experience please contact me by on 07518401791, or by email at shl90734@myport.ac.uk.


Thank you for reading, Josh."

Posted by Holger Haase at 9:54 PM No comments: