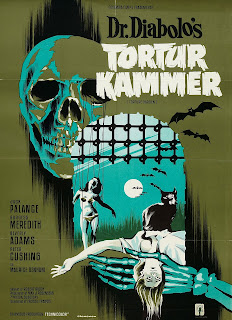 I know that lots of my readers are also very creative people and in various capacities involved in creating horror genre entries. As such I was delighted to hear that Starcostumes  have now created a Horror Scholarship worth $1000. Check out their scholarship application page for more details. Good luck to all participants! It's an awesome opportunity! 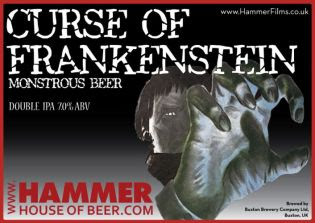 When I heard about this today I had to check the date to make sure I didn't fall for an April Fool's Joke but it appears that New Hammer is now in the market for.... beer. Read this entry on their official site for more details. Yep, rather than focusing on making decent new movies the powers that be decide to branch out into the drinks market. If they had at least gone for wine, there'd be a marginal connection. Y'know: "I don't drink.... wine."
Posted by Holger Haase at 9:46 AM 3 comments: