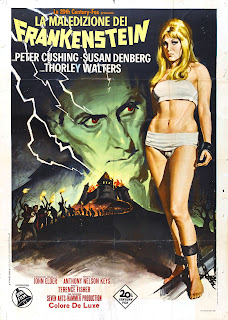 The discussion is still available on YouTube and was an utterly enjoyable goodhearted chat between the two about their personal fascination with Hammer Films as well as about the fandom those movies generated. There was lively audience participation in the form of chat messages that the two picked up and elaborated on.

In the context of this movie they mentioned that it’s often criticised for not featuring enough of Peter Cushing but that it never bothered them personally.

Must admit that I also never took note of that before though this rewatch made me notice that he did indeed spend possibly less time on screen than in other outings, however, this production is notable for introducing us to a range of other truly memorable supporting characters (including Susan Denberg’s gender bending meat-cleaver swinging Christina) that it actually would have been a shame to lose time with them in exchange for more time with Cushing’s character so it’s probably fair to say that even though from a purely time on the screen perspective there was indeed less Cushing in this film than in others of the series but what we did get was more than sufficient for this particular story.

Part of the discussion also focused on their desire to explore Queer Hammer more and of course this movie is quintessentially queer whether it is the overt gender transfer between Christina and Hans (Robert Morris) or the more implied charmingly doddering bromance between Frankenstein and Thorley Walters’ Dr. Hertz.

So much to appreciate in this, one of Hammer’s most unusual productions. If only they’d have gone even further and also included that wraparound bandages bikini style outfit that was used in the film's poster and promotional material for Susan Denberg….

Really glad that this discussion made me return to Frankenstein Created Woman again and hope that there will be more similar live streams to follow.

Below samples of some German and US lobby cards for this film as well as the recording of the live stream. (Best to watch it directly on YouTube though to properly read the parallel chats between the audience members.) 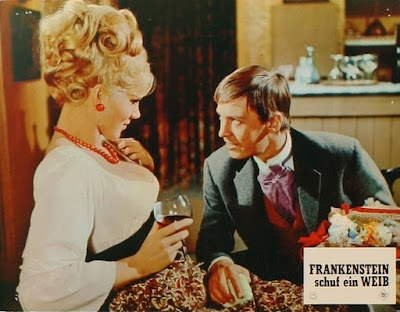 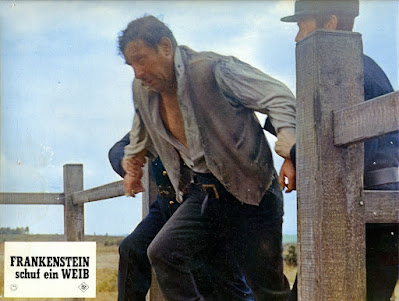 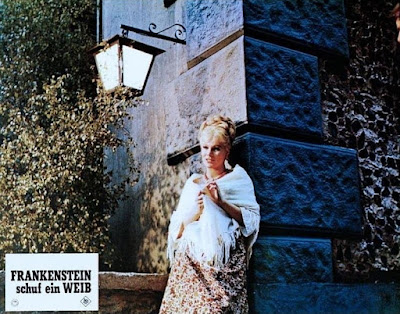 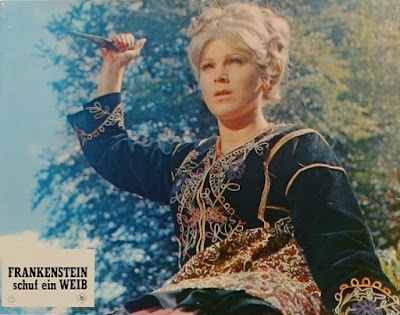 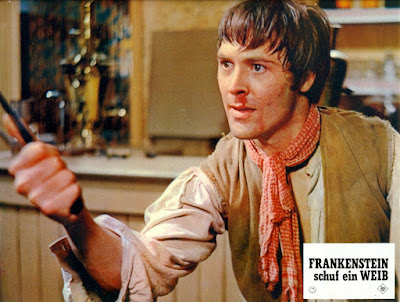 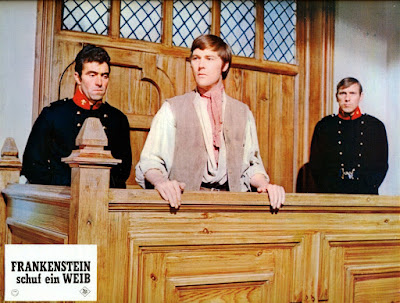 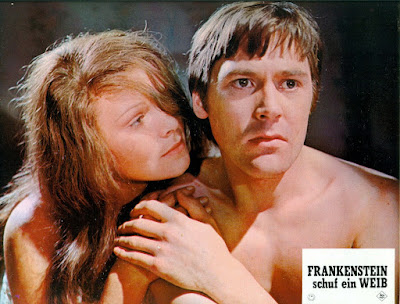 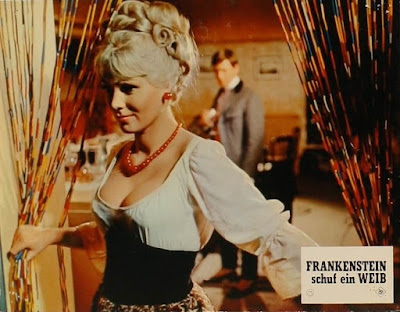 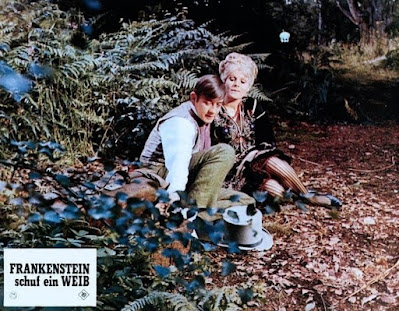 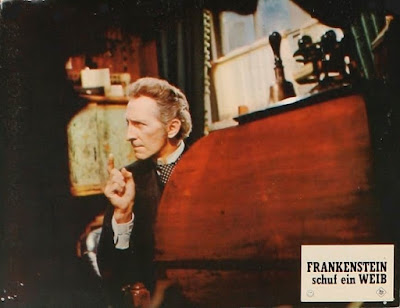 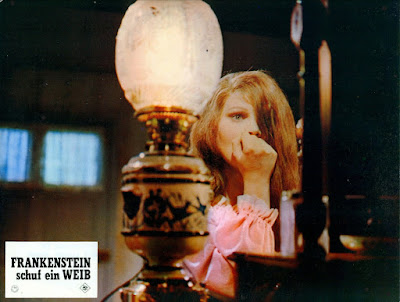 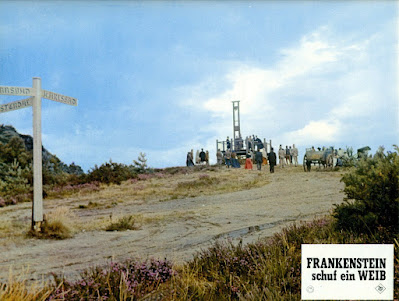 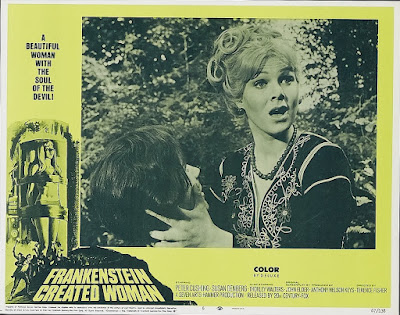 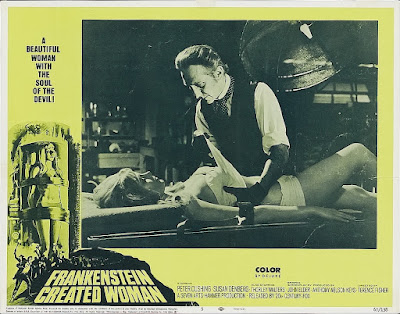 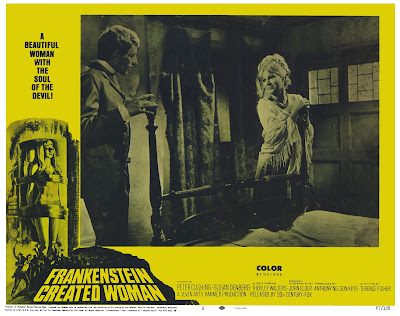 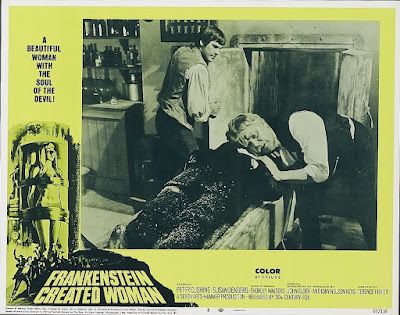 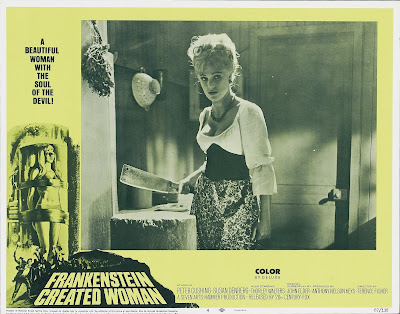 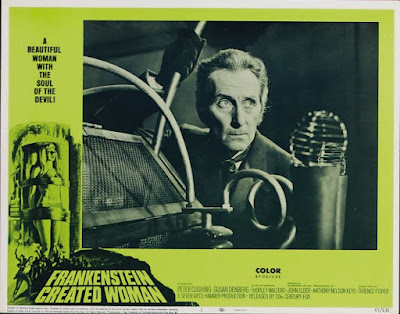 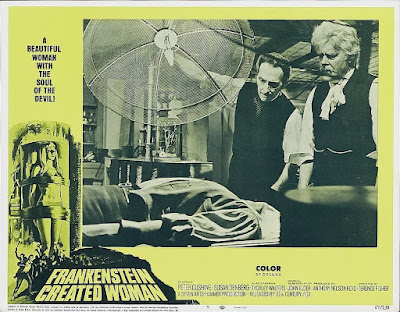 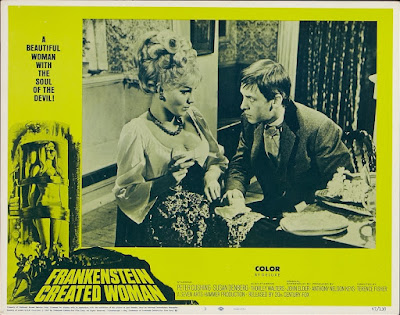