Additions to the Hammer library 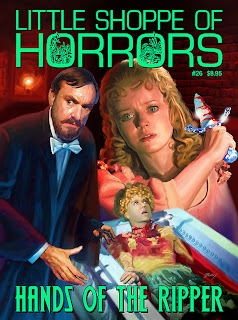 There was a time when books and magazines about Hammer made up a small corner of my library. Little Shoppe of Horrors was the only publication to keep the fires burning... every two years or so. And once in a blue moon we'd have a book dedicated to our favourite studio.

But times have changed. My Hammer book collection now is at least a shelf wide. And new publications keep on being announced. No sign of a draught in sight. But can the market sustain that kind of onslaught for what must still be considered something of a niche market? Or will it ultimately crash and burn like a tycoon's property empire? Does anyone really need all those books? Hell, I haven't even started reading The Unsung Heroes yet.... though I have no doubt that I am going to enjoy it once I come around to it.

For now I am going to enjoy all the attention Hammer seems to be getting over the last couple of years but I can foresee that I may possibly feel oversaturated at a point in the not too distant future and say: "Enough is enough." (Come to think of it, I have yet to order any of Hammer's recently announced series of Hammer Movie novelisations.)

And one of these days I may even write a new "proper" blog post again rather than just another trade announcement.

In the meantime I am pleased to announced that LSoH #26 has just arrived on my doorsteps. Regardless of my previous rant this magazine is always a welcome addition to my collection and it's great to see it on a regular twice-annual schedule. I have only managed a very preliminary cursory reading so far but it's the usual mixture of well researched feature articles (this time focusing on Hands of the Ripper) and additional reviews and overviews. Let's face it: Chances are you are all already more than familiar with the mag so I am preaching to the choir.

For those of you in the US, you can order it through the official website; for those of us living somewhere in the Olde Worlde Hemlock Books may be the best option and help save you on some of the postage fees. 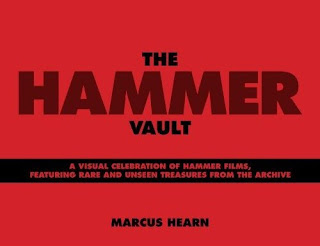 If you still have available shelf space, mark September 27 cause that is when a new cooperation between Marcus Hearn and Titan Books will open up The Hammer Vault and present some of the companies rarities:


"This book tells the story of Hammer Films through previously unseen treasures from the company's archive. Beginning with the company's incorporation documents from 1934, and ending with promotional material from the 2011 release of The Resident, The Hammer Vault presents original correspondence, lobby cards, script pages and rare photographs alongside a commentary from the people who made some of the company's greatest films.

Highlights include:
· Letters to and from some of the company's stars
· Pages from Peter Cushing's scrapbooks
· Pages from the scrapbook of managing director Michael Carreras
· Premiere tickets
· Pre-production artwork, and poster artwork from films that were never made
· Production designs
· A map of Bray Studios
· Hammer's Queen's Award to Industry certificate
· An appendix featuring the original outline of the unmade story Kali - Devil Bride of Dracula

The result is a compelling visual history of the legendary film production company, and the greatest scrapbook of Hammer collectibles ever assembled."