Below you can see some of the autographs that I got during Hammer at Bray 3. The vast majority ended in my first edition of The Hammer Story which from a general look around the group seems to be by far the most popular "autograph book" for Hammer Fans.

My most favourite autograph was Catherine Feller's. She signed it on a very awkwardly sized photo that makes scanning it virtually impossible, but I still wanted to give a general impression: Her catch phrase was "There's a time for fishing and there's a time for mending the nets" which sounds kind of cool, however, noone I ever asked had a clue as to where this quote was coming from! I don't think it is from Curse of the Werewolf, but would love to be corrected if I am wrong.

Maybe it is just her personal life philosophy.

I was also quite glad to get two lobby cards of Starcrash signed by Caroline Munro that were previously already signed by Luigi Cozzi, the director when I visited him in his Profondo Rosso store in Rome. 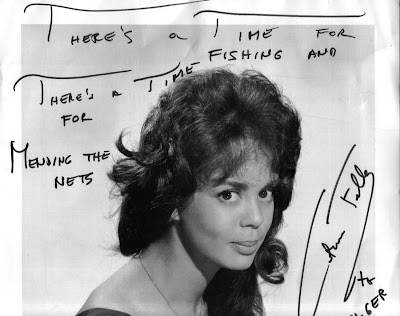 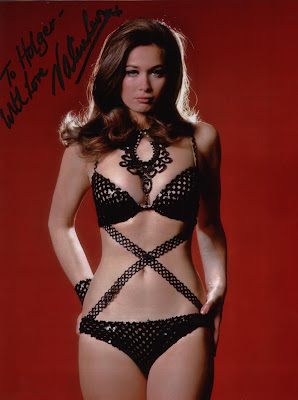 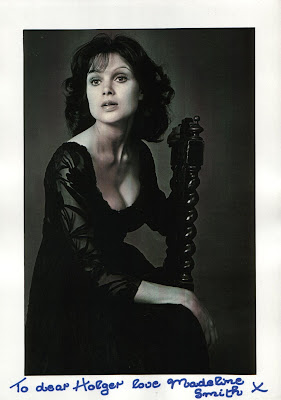 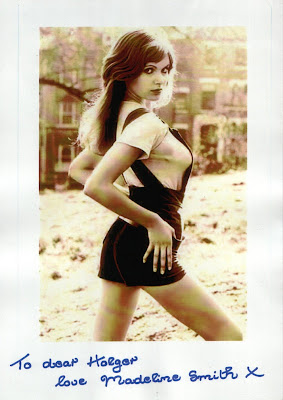 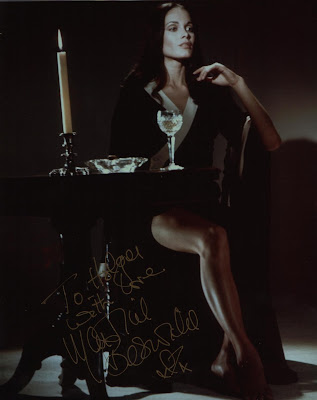 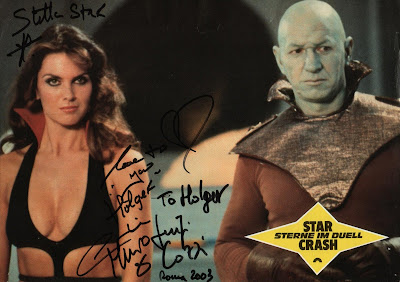 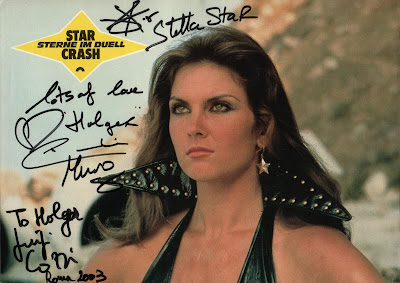 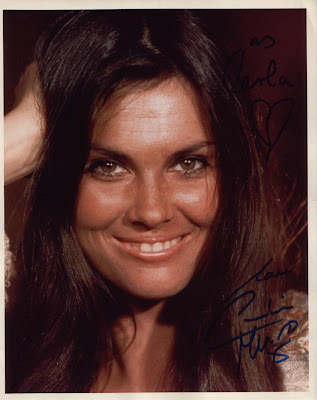 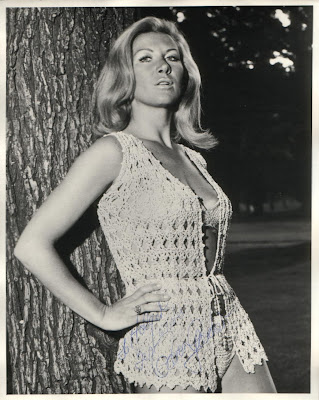 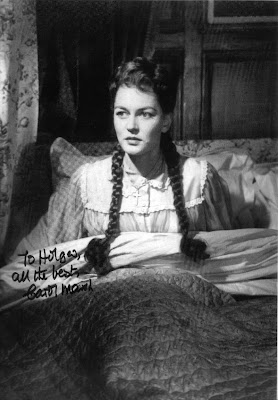 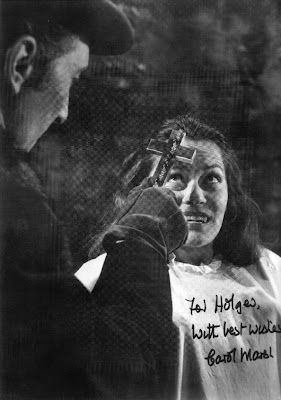 Those are some great pictures of some really beautiful women. That's cool that you got all those autographs. Congrats!

I'm still thinking about the 'Fishing & mending the nets' comment, still has me somewhat puzzled.

I even googled the sentence, but nothing came up.