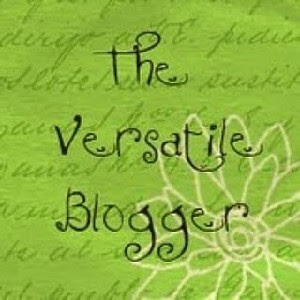 I was just awarded a VERSATILE BLOGGER award by Hammer Film Reviews. Not sure if I'll be able to properly accept it as there are the usual requirements: I need to mention the person who awarded me (no problem there), then mention 7 things about me and nominate another 15 blogs. I have previously been nominated for other award memes and though I am not short of things to tell about myself, I am finding it increasingly difficult to find other blogs to nominate. Don't get me wrong: There are scores of worthwhile blogs around, but the ones I read most have all been nominated by me for other awards and I don't want to keep repeating myself. Also, the last time round a good number of my nominations received similar ones from other blogs pretty much the same day so those blog awards just end up making the same rounds all over again and again.

I am, however, happy to discover a new Hammer movie blog out there and from what I can tell Hammer Film Reviews is breaking the Irish mold as both my blog and Watching Hammer are based on the Emerald Isle just like the Unofficial Hammer Site whose owner Robert Simpson is also behind the Exclusive Project that he set up for his PhD research and the very important Save Bray blog. Of course, there are other worthwhile Hammer websites around (like the Dictionary of Hammer Horror) that are not based in Ireland but I was always intrigued to learn how much my adopted homeland became involved in Hammer blogging. 'Cause, believe me, we sure don't have tons of people walking around the streets of Cork, Belfast or Dublin just dying for a chance to chat about Hammer.

Alex, the guy behind the new Hammer blog, also runs The Korova Theatre focusing on classic cinema in general. Both of his blogs look great and have now been added to daily RSS feed diet. Check'em out!
Posted by Holger Haase at 9:41 PM

Keep up the great work and thanks for the "shout out"!