In the early 1960s Merton Park Studios adapted a number of Edgar Wallace books for the big - or should I say: small? - screen as those hour-long shows got cinematic releases but were also screened as a TV series under the heading “The Edgar Wallace Mystery Theatre”.

Most of the episodes are quite talky and bordering on the dull though some are still of interest these days due to some of the guest stars on view. They sure aren't as much fun as the German Rialto series from about the same time, though I have long discovered that I am gradually turning into a Wallace completist so all of the episodes are fair game to me.... provided I can get a hold of them. They are notoriously difficult to trace and I have so far only managed to get my dirty grips on about a dozen of them thanks to a very kind Procurator.

THE MAN WHO WAS NOBODY is only the second and one of the most interesting films of the series as it features Hazel Court in unusual modern gear for a nice change. If you look at the screen caps below you may think: “How classily dressed she is!” Ironically, though, her character is meant to be an incredibly hip (not classy), boho and unconventional female private eye in search of a missing man and possible diamond smuggler. Look she even does Yoga! How radical!

I wish I could say this was a long lost treasure but it really is still a very talky affair with the added benefit of seeing Court in an unusual lead role far away from the Gothic parts she generally took. 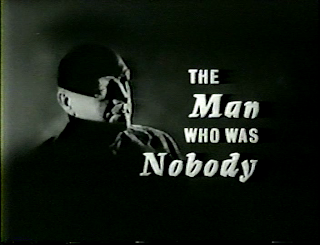 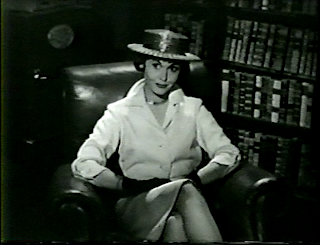 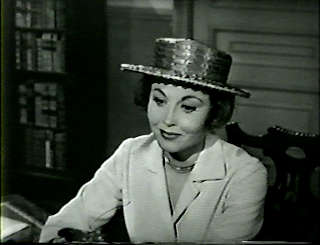 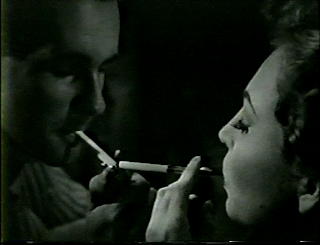 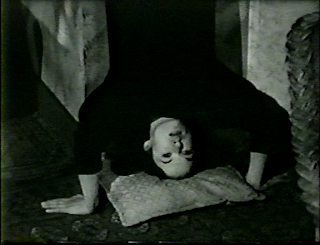 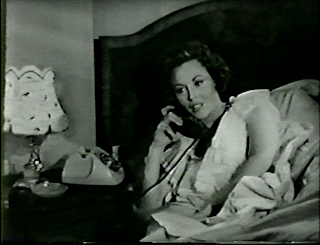 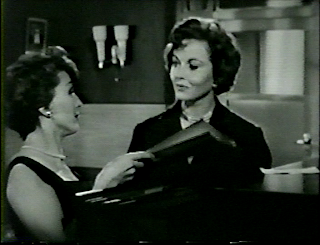 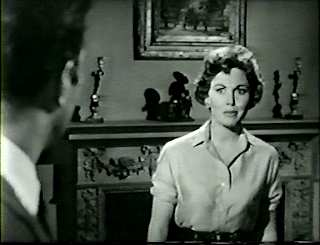 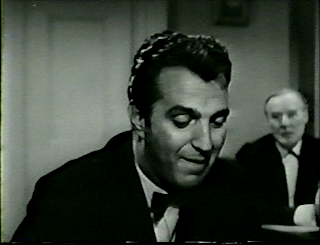 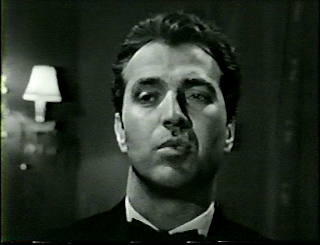 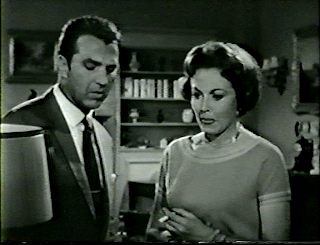 The series is now available on DVD.

Fantastic. That is good to know.